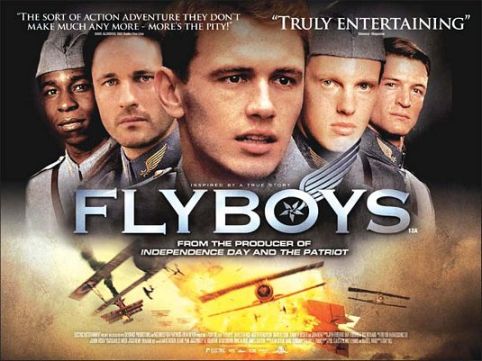 I’m an ex-pat Brit living la vida loca in Wellington, New Zealand. As such I am well aware of the Ellison’s. The Americas Cup is a national institution here. It’s historic. New Zealand has tasted victory in the past against the odds but was recently bought to its knees as the kiwi team snatched defeat from the jaws of victory, watching as the Larry Ellison funded American team won the last 9 straight races to win the Cup on the final day.

That loss still smarts in the public conscious and I can sense it bringing out the fighting, never say die attitude of the punchy little kiwis whenever it’s mentioned. Compare that plucky little chap with its arch nemesis; Billionaire, Larry Ellison. Ellison has bankrolled the best and brightest in the sailing world to join his high-tech, money is no object team in his pursuit of glory. Sailing, at the best of time, is a sport full of rich guys with tiny penis’s trying to one up each other. Imagine if the main dude doing the one upping is one of the richest guys on the planet.

Larry Ellison. Rich, competitive, tiny penised Larry Ellison has a son called David. The very same David Ellison who bankrolled ‘Flyboys’ (2006) and cast himself in one of the lead roles. So is this a vanity production? Much like an author penning a terrible book that no publisher is interested in and then fronting up the cash for 50 copies to be printed anyway just to make himself feel better? The answer is …..yes.

Now, there are a few exceptions but, in general Great War Films tend to be produced on a relative shoestring. In my opinion they’re all the better for it. Films like Beneath Hill 60 (2010) which stretched its meagre budget to a wafer and garnered excellent performances from all its players is a great example of what can be done on the fumes of an oily rag. When money is thrown around the law of diminishing returns can kick in and the results can be lacklustre. 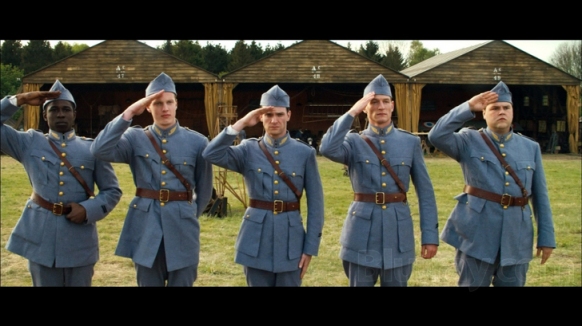 My film today does not lack lustre. It’s shiny, well lit, the actors are fine chiseled stereotypical all American heroes, the large scale orchestration swells in all the right places, the action is a stunning feast for the eyes. So far, so good, right? But, what it does lack is a script, dialogue and heart. Without these three elements what we are left with is a spectacle. A curio. A folly.

The story itself is nothing new and the bare bones of it are present in any one of a thousand films across various different genres to have been produced in the last century. The characters are cardboard cut-outs. There’s a Maverick, “Doing It My Way” free spirit who doesn’t abide by the rules, there’s a token black dude, there’s a couple of hard-nosed veterans who the noobs need to prove themselves to, there’s the French love interest who pronounces things slightly wrong, there’s Jean Reno looking like Inspector Clouseau, there’s even a French dude who looks like the ‘Good Moaning’ guy from Allo Allo! It’s stereotypes all the way down and sadly it’s all been done before. If I’d been at the first run through of the script I would’ve stood up and said “IT’S ALL BEEN DONE BEFORE!” and then left, kicking women and children out of my way.

It seems like it’s a first draft that never got worked on. No-one took the time to see the good stuff (and there is some good stuff), get rid of the crap and pull the whole thing together into a cohesive story. The scenes just seem to be trotted out one after the other with little relation to each other, their context within the story or the war overall. The dialogue is stifled, muffled and unrealistic. There is absolutely no rapport between any of the characters. It seems that whenever there was a perceived need for some emotion the only trick in the arsenal was to swell the orchestration to fever pitch.

I’m not the kind of aviation or military nerd who would happily hop from foot to foot upon noticing an actor using a rifle from 1915 when the rifle was invented until 1916 or spotting a faring on a Nieuport 17 being incorrectly aligned. There are other reviews of this film that talk about some of the glaring errors of continuity and historic accuracy, but for me it’s not important, I just don’t care. Give me a story that surprises me and takes me on a journey. I don’t need pedantic realism but I do need a story.

I can see a great deal of attention and therefore money has been spent on making the film look good. For $60m it should look amazing and, in most places, it does. The aerial battles look great, probably not terribly accurate, but great nonetheless. I wasn’t there at the time, sitting in the spotter position behind Max Immelmann or Mick Mannock so I cannot comment on what it was really like. I can guess though that there weren’t many dogfights fought upside down as happens in the film. I can also surmise from my rudimentary grasp of these things that ripping an opponent’s wings off with your landing gear wasn’t a standard fighting technique.

Now, I know it’s difficult to film and edit the narrative of an aerial battle and I think they’ve given it a good crack but, again, without any new tricks. It’s the usual close ups on the faces of the pilots (faces that seem impervious to the icy temperatures and battering winds), 6 o’clock/12 o’clock camera angles and high shots of smoking planes spiraling away to oblivion. IT’S ALL BEEN DONE BEFORE!

As I said David Ellison, bankroller, Son of a Billionaire and would be Hollywood Mogul has cast himself into one of the lead roles. I am 100% sure he would not have got the gig on his merits. He is singularly terrible throughout. He stands in shot (which is a good start) but looks awkward, smiles a toothy grimace at anyone in the vicinity and then punctuates his lines with full stops after every word. Woeful. I like to think he may well have graduated with honours from the Roger Moore School of Acting in Geneva.

So in conclusion Flyboys looks good, it sounds good, but sadly that’s it. The money has been spent on creating a beautiful monster. Frankenstein in a wig, a Massey Ferguson powered Ferrari, Donald Trump in lingerie….. Infact, I’ll leave it there. That ladies and gentlemen is the image I’ll leave you with to remind you of Flyboys (2006). Donald Trump, sweating slightly, in sexy, skimpy underwear.

If you want to own this utter car wreck Clicky Clicky