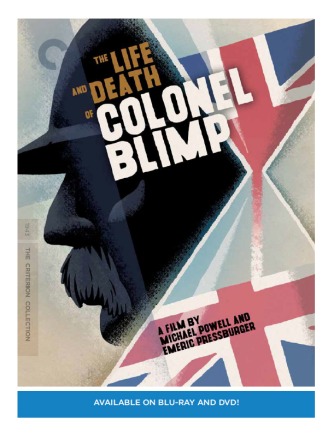 There are occasional films on my list that aren’t really Great War Films. Well, that’s not true, they’re kind of half Great War Films. For many different reasons these films have been included because they have a small part of them that is set in the Great War (like the film I’m reviewing today or Legends of the Fall 1994) or they’re related to the war in some way (The White Ribbon 2009). I’ll give them a quick review to document their relationship to the Great War.

Our film today is a Second World War era film. But…..It’s not American and it isn’t chock-a-block with pro-war sentiment. It doesn’t ram religious piety down our throats or attempt to breed hatred. It’s a very British story, told from a very British point of view, with a very British lead…..and a nice German thrown in for balance.

It’s 1943, the Second World War is raging in the air and on the ground all over the World. I thought that pretty much all industrious endeavours with the exception of war work had been curtailed. It appears I was wrong, from the outset of The Life and Death of Colonel Blimp it’s clear there were some grunty, creative filmmakers still on the ground and with the money to make some cinematic goodness. 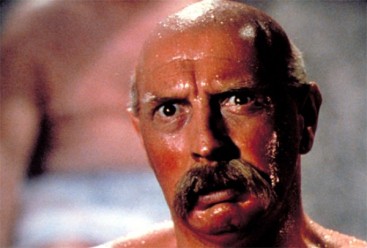 The titular Colonel Blimp was a 1930’s cartoon character, a deeply British Army Colonel with a big moustache covering his stiff upper lip. He was meant to be a satirical mirror on the pompous, ceremonious Britishness that existed at the time (and in many ways still does). The Colonel Blimp in the film looks the same but that’s about it.

In its purest form this is a life story and 2 love stories. It’s the story of the life of our lead, the aforementioned Colonel Blimp (actually called Major General Clive Wynne-Candy). It follows his life through the Boer War, the Great War and on to the Second World War. He meets the two loves of his life whilst recuperating from an injury caused during a duel. The first love is a woman who is actually in love with his second love, the nice German I mentioned earlier. Don’t go cross-eyed, it’s actually pretty easy to understand if/when you watch the film. 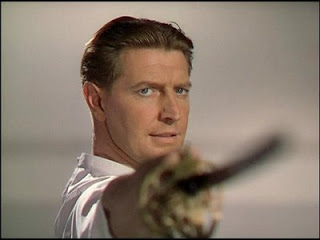 Visually, it looks great. The gloriousness of the glorious Technicolor is particularly glorious throughout. It’s 1943 and it looks amazing. I had to keep pulling my attention back to the story as I marvelled in the warm, glowing gloriousness of it all. It was simply…….you guessed it, glorious.

Roger Livesey in the lead role is great. I think this is the first film I’ve seen him in and I was surprised to find out he was such a staple of British film and theatre for so long without me ever having heard of him. He ages well through the three basic eras of the film. The make up is good and it’s hard to pick how old he would’ve really been when the film was made. 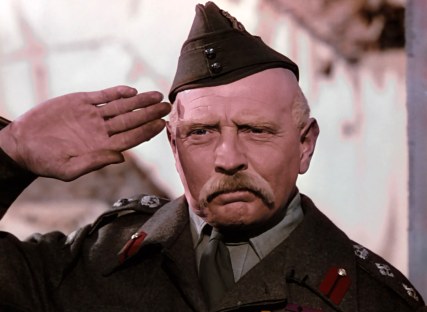 What have I left to say? Did I like it? Yes. Is it a Great War Film? No, but it does have a bit of Great War in it. Would I recommend it to other people? Yep.

So what is it? It’s a fun, action packed, biography of the life of a made up army dude. It’s cartoony, funny, sad, nice, poignant. The characters are all good, there’s no real baddies or bits where stuff goes wrong. It’s not pro-war, it’s not anti-war. It’s pro people. It’s just this film that kind of does some stuff without doing much at all. It doesn’t make any great statement about the state of anything. It’s just itself…and I liked it for that.

here to get your copy.