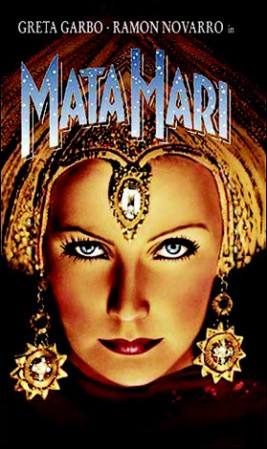 Happy New Year fine reader. Before I kick off I’d firstly like to thank you for popping by to read these reviews. Since I launched this wee foible of mine in late July 2014 I’ve cleared 2000 views from all over the world. The experience has shown me that it’s not just me who has a soft spot for these films. These poor little known things that tend to get lost in the maelstrom of the War Film genre alongside WW2 goliaths and big budget spectaculars. To know you’ve dropped in and had a read shows that I am not alone, and for that I am grateful. Now I shall return you to my normal, barely coherent, rambling discourse.

Onwards to the 30’s we go. We step forward once again on our journey through 100 years of Great War Films. Now, I don’t want to bore you, so I shan’t repeat myself by banging on about early (pre Hayes code) talkies and how they generally fail to engage the viewer but suffice to say I was not expecting too much of my film today, ‘Mata Hari’, as it’s dated slap-bang in the middle, right on the sweet spot of the duldrum caused by the cultural and ideological wasteland we know as ‘Pre-Code’.

So I wasn’t expecting too much when I fired up the laptop (there was a distinct lack of DVD players in my stocking this Christmas) and loaded the DVD. Clicky clicky and we’re off….And it’s actually a fairly piffy and to the point opening. The plot and main protagonists are all on screen and laid out before us within the first two minutes and forty seconds along with the firing squad deaths of three traitors to remind us how this story will end before it’s even had a chance to begin. I liked it and sat up ready for something more lively than I was expecting. 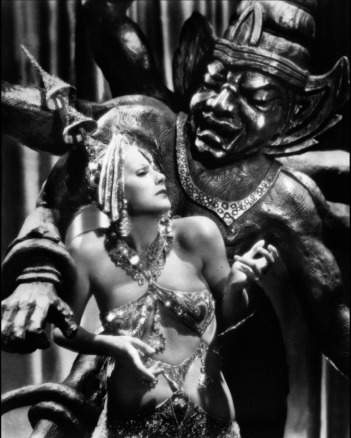 The next scene follows with some slightly raunchy dancing by Greta Garbo to a statue of the many armed Vishnu. Again this is boding well for the quality of this film. We follow Mata Hari as she is fawned over by adoring fans and slavering, probably sex starved, Frenchmen. There is a lot of spy stuff going on, secret packages are exchanged, whispered messages arranging clandestine liaisons are overheard. Looking good so far…..and then it stops.

From this point on, and it’s only five or six minutes in, the film just becomes people entering rooms, talking to the people in those rooms and then leaving again. Garbo doesn’t seem to do any acting, maybe that’s the sign of a good actress, I don’t know. She just deadpan stares at whoever she’s talking to and recites her memorised lines without feeling, nuances of emotion or anything else. The story involves her falling in love with a sappy Russian pilot but I didn’t feel it. He trots out his dodgy accent, a mix of Pakistani and Jamaican without a hint of Slav, tells her he loves her and then goes about trying to extricate her from her underwear. She, in return, says no and moves away. And repeat. That’s pretty much it but somehow we’re meant to imagine fireworks and desire. There were no none of those things. 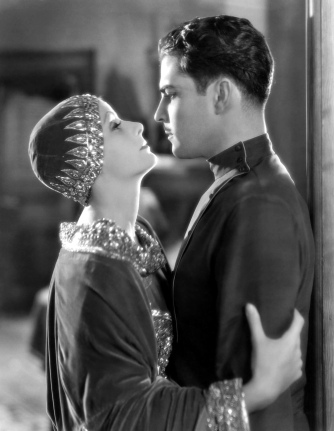 It also lacks any kind of sounds apart from the talking. While all this walking into and out of rooms is happening both pre and post the conversations she’s having with the people in the rooms she’s either entering or leaving there are large tracts of hissy, scritchy early-talkie dead air silences that just seem weird to my 21st century ears. I know it’s pointless complaining about stuff like this 85 odd years after the film was made. But it makes me feel better.

Reading this back to myself I realise I’ve made it sound like I don’t like this film. That’s kind of half the story. It’s okay I suppose. It’s a story about an historical and well known public figure and also, potentially, a Spy Thriller. It has elements of spying in as much as she talks her lines to her spy master and hides a micro film in her corsage but there’s never a real sense of the danger she was in or the reasons why she put herself in this position.

I suppose overall what I’m trying to say about ‘Mata Hari’ is that it doesn’t have anything to hate, but there isn’t really anything to like either. It’s just a bit of a non-entity. No, wait. I’ve just remembered the final act where it got a bit silly with the sappy Russian being hoodwinked into believing she was in a hospital and about to have an operation (and being frogmarched to the operating theatre by 40 clattering, hobnailed Firing Squadsters) when in-fact she was being taken to her executed by firing squad. I hated that bit so maybe I should just say it was a bad film and finish there. 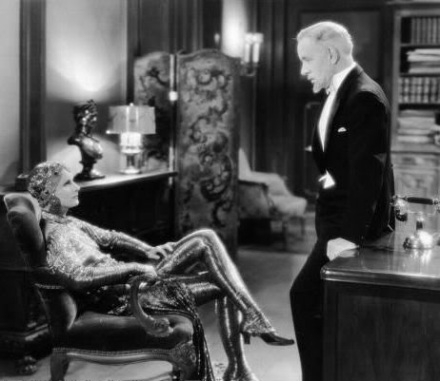 But that wouldn’t be fair I don’t think. After all it’s a film that suffers because of its era. As I’m bored of saying, the early thirties were a low point in cinema history after the glittering bright pinnacles of the final, dying years of the silent age. Those early talkie years failed to live up to the expectations of the discerning cinema goers (and me too I suppose) because the film makers of the time were learning a new trade. Techniques that they have at their disposal now took time to come about and it’s not entirely fair of me point the finger and laugh heartily in their faces.

So I’ll finish by saying that it’s probably best not to watch ‘Mata Hari’ for no other reason than you don’t really need to because I watched it for you. No need to thank me. I have at least one more film called ‘Mata Hari’ to review at some point. I think I’ll wait a while though.

Right, time to squeeze the lemon, unshackle the Tachyon Blender and rotate the Hogan’s Disruptors on my time machine as I dart forward to 1941. Next up I’ll be in Australia and then on to Mesopotamia and The Sinai with ‘Forty Thousand Horsemen’ (1941). Look at the year, early 40’s uh oh, this one could be a bit of a propaganda piece. Ta ta.

Get yourself a copy if you must. Clicky Clicky