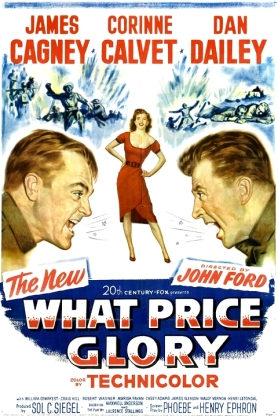 It’s been a bit tough, my journey through the history of Great War Films. I don’t think I’ve chosen the best route. Civilisation wasn’t up to much, The Big Parade was at best forgettable, Mata Hari was riddled with inconsistencies and next to no acting and then Forty Thousand Horsemen was simply rubbish. I’ve picked, at random, 4 of the worst films that the Great War Film Genre has in its arsenal. Four damp squibs in a row. Maybe today was my shot at redemption, this run of bad films couldn’t continue forever could it? It didn’t take long for me to realise that, sadly, it could.

My film today was chosen by me to showcase what the 1950’s had to offer. We’re post World War Two after all and all the nasty propaganda rabble rousing stuff should be well in the past. I thought maybe I’d get something with a hint of pre Cold War paranoia, something that finally steps away from the stock standard dime a dozen hackneyed old scriptwriter bollocks that I’ve suffered through more frequently than I would’ve chosen. But, sadly, no. What I have in front of me here is clearly another steaming pile of poorly written guff. It took less than five minutes for that realisation to hit me. Just another 104 of those minutes to go. 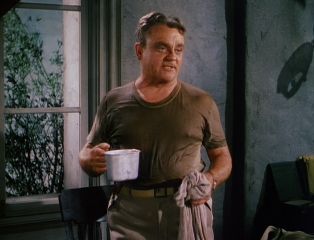 James Cagney has come across my path in the recent past. He was a bit younger in ‘The Fighting 69th’ but he was just as unlikeable in that as he is here. It’s not only him though. All of the actors on screen, with the exception of a baby faced borderline pubescent Robert Wagner, have been taught acting at the ‘Talking Loudly and Fastly’ School of Acting, Lausanne, Switzerland (which is just down the corridor from the Roger Moore School of Acting).

The character Cagney is playing seems to be a bit of an old soak but I might be wrong, it’s not explicitly explained in the script, there’s no back story, we’re just supposed to know all about him. Cagney seems to be acting like a very bad actor acting drunk. This is either complete genius on his part or just rubbish. I think it’s more likely to be the latter. 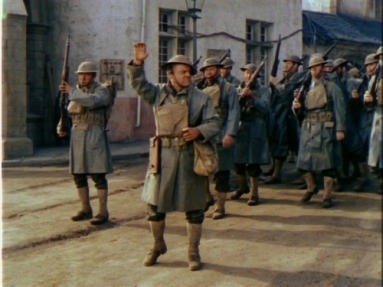 So what is it? There’s a love triangle of sorts, but no-one seems to care too much when they’re the odd one out. There’s a musical interlude between a French girl and Robert Wagner which sticks out like a sore thumb. The film was written initially as a musical apparently but by leaving one song in when they decided to ditch the idea just means it feels really weird having it ending up being in the final cut. Is it a comedy? I think it’s meant to be but, other than a lot of slapstick moments which didn’t elicit the merest twinge of a smirk, I failed to notice any jokes.

The story is basically as follows: First American troops in France take over a French village. Grope all the local girls and drink all their booze. Shout at each other a lot whilst standing two feet apart. Go off to the front, come back, shout at each other some more. Play cards. Go back to the front again. The end. 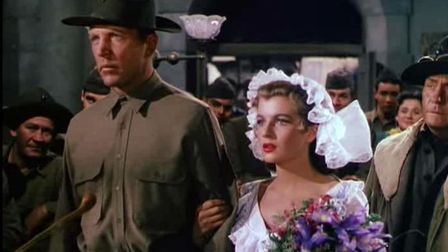 During their brief sojourn to the front, shoehorned into all the shouting at each other there is the one bit of the film which made me think. What we have is a very small scale battle scene shot entirely on a sound stage…a small one. We have maybe 10 men advancing through navel high grass as funny screechy noises are foleyed into the soundtrack. Every now and then there is a small explosion and one of them falls down, perhaps dead, perhaps tripping on a suicidal foley artist lying prone and weeping. There are three Germans behind a machine gun who tumble forward after a grenade lands directly on top of them. Was this small scale battle scene laziness on the part of the production crew? Was it to save money? Was it a purposeful nod to the Expressionists? I don’t know. If it was an attempt at an Expressionist revival then it stands out as one floating piece of genius amongst a boiling sea of mediocrity.

There really isn’t too much more to say about this film short of reliving all the pointless shouty dialogue and related terrible acting. Was it Orson Welles who called Cagney the greatest actor of all time or something like that? As I said during my review of ‘The Fighting 69th’ Orson must’ve missed him in this one too. Maybe he just didn’t like making Great War Films. Anyway, I think that’s it for Cagney’s Great War Film oeuvre. Fingers crossed anyway. Clicky Clicky

if you want to get yourself a copy. 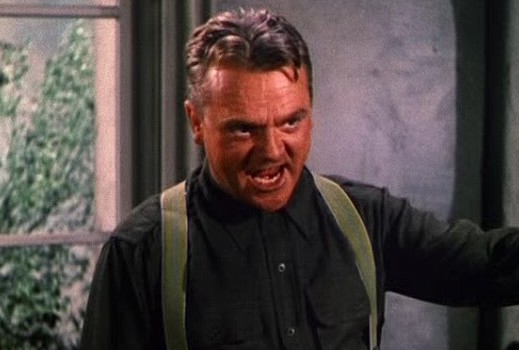 So on we go. If I’m honest this journey through Great War Film history has been a bit of a disappointment so far. What’s next? ‘King of Hearts’ (1966). I know very little about it. It’s French and it’s a comedy. I’m expecting fart jokes and rampant stereotypes. Hopefully it’s a gem in disguise and I’ll be raving about it come next week. But if I’m honest I’m not holding out much hope, the other comedy I’ve reviewed from the era was ‘Shout at the Devil’ and the less said about THAT film the better.

Until next time, stay in school, keep ‘em peeled, be good to yourself….and each other.