Mata Hari and Fraulein Doktor. Two names from the Great War, celebrities of the conflict maybe. Their stories have been told with varying degrees of accuracy over the years. Quite a while ago I reviewed ‘Mata Hari’ (1931) starring Greta ‘Bloody’ Garbo. It was a bit rubbish but ultimately harmless. Then more recently I watched and enjoyed ‘Fraulein Doktor’ from 1969. I followed this up with ‘Stamboul Quest’ from 1934 which again focussed on the Fraulein Doktor story and wasn’t very good. And now today I’m watching the 1985 ‘Mata Hari’, which is frankly dreadful.

It seems to me that because they’re both long dead and without any family members to uphold their story or legacy, film-makers have the freedom to utilise the names of Mata Hari and Fraulein Doktor and go crazy with the scripts. Dollar signs rotating like fruit machine reels in their eyes. While the facts of Mata Hari’s life are relatively well known those of Fraulein Doktor are mostly lost to the mists of time. Excellent, yell the screenwriters and producers. Now, give me all your money. 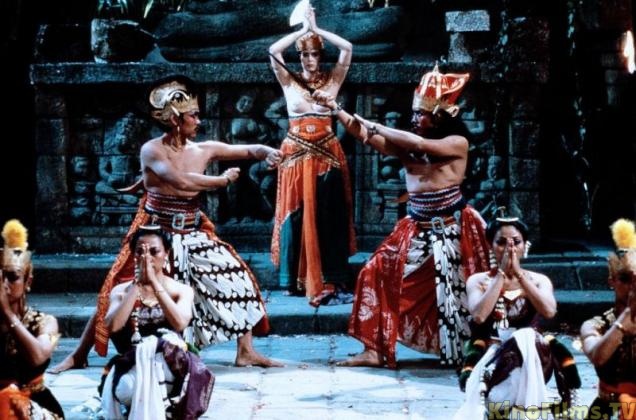 Mata Hari (1985) was a bit of a shock from the start. The film stars Sylvia Kristel who played the lead throughout the 70s and early 80’s in the ‘Emmanuelle’ films so maybe I should’ve been expecting what was to come. While there have been occasional glimpses of flesh and sex in some of the films I’ve reviewed such as in Birdsong and of course Fraulein Doktor, it has been restrained and used to further the plot. All the films I’ve noted above as relating to either Mata Hari or Fraulein Doktor have had more than their fair share of flesh on show. This is obviously due to the subject matter. Female spies are sexy and, being female, the only way they can influence their male equivalents is to use their sex appeal.

This is clearly bullshit and it pisses me off that female characters have to be written as two dimension mannequins, tits with legs that rarely do anything other than provide some distraction for the male characters. As the father of two young girls who are quickly developing their own interest in films this is something I’m constantly struggling against. Somewhere, sometime in the last year or so I have become a feminist. I’m constantly struggling to find strong female role models for them to look up to. They exist in history, in real life. But sadly, all too infrequently on film.

The story is also a face palm moment for me as I struggle at the best of time with spy films. I’ve said this before but even Bond films and Mission Impossible get me confused. Cross and double cross, information and mis-information, double agent, treble agent. I go cross-eyed and hope that it will all make sense eventually. It rarely does.

And so it is today with this film. The story, as much as I could understand, is that Mata Hari was a promiscuous good girl who loved getting her tits out at any opportunity and having intimate liaisons with strangers at the drop of a hat. Two friends, a German and a Frenchman who both happened to work for their respective secret services, fall in love with Mata Hari and when the war starts both try to turn her for their country’s benefit. Lots of confusing cross and double cross stuff ensues, some people get shot. Mata Hari dies. The end. Drag that out to an hour and fifty minutes, chuck in some tits, and bobs your uncle.

The nudity in this really is quite jarring. From the opening credits we have then metaphorically rubbed in our faces as the eponymous star does a little faux Indian dance for us. And then onwards for pretty much the entire film we have one breast flash after another. There’s a masturbation scene, some lesbianism, a big old homoerotic swingers party. I could go on. Look I’m no prude okay, I’m not scared of showing my body and naturally gravitate to other open minded and body confident people. But here, in this context, this film is gratuitous. The nudity adds nothing to the story, it’s just been added to sell some seats to the kind of people who liked that sort of thing in the 80’s.

There’s also plenty of other non-nudity related crap bits that are worthy of note. The first thing I noticed was that for well-trained spies they all acted really suspicious whenever they were doing some spying. Lots of looking behind them and skulking about in long coats. An alleged Frenchman say ‘Homage’ but pronounces it ‘hom-idge’ rather than ‘oh-maj’. There is a trench bit where the Germans are up against a mixture of French Poilus and for some reason a couple of Turks resplendent in bright red fez’s. I wish writers and directors of cheap, shit films would think about things like this. The little things are often, in my experience, the things that can turn a low budget film into something worth watching.

There’s the problem for me with this film. Loads of time and energy has been spent on the tits whilst none has been spent writing or filming a story with anything believable in it. I can handle plot holes if it’s for the good of the overall story and the pace of the action but when the story is a spy thriller the whole point should be the attention to the details. It’s just shonky, poorly put together and the constant flashes of pointless flesh make it unenjoyable and boring. As a red blooded male I never thought I’d get bored of watching tits bouncing about on a screen but clearly I was wrong.

if you have no significant other. Until next time.