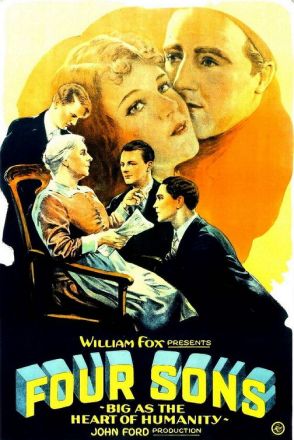 Oh dear, here we go again. A silent era Great War Film. I settle myself in for an hour and a half of set chewing, cartoonish stereotypes and 30 minutes of story. But, just maybe this one has a bit of promise. ‘Four Sons’ is an early John Ford film. The guy who directed some of the great American Westerns of the 20th century such as ‘Stagecoach’, ‘The Man Who Shot Liberty Vallance’ and the absolutely dreadful but critically lauded ‘The Searchers’. He also released documentaries including the Oscar winning ‘Battle of Midway’ and the lesser known war effort short ‘Sex Hygiene’ which informs the viewer on how not to contract syphilis. I recommend it.

From a Great War perspective this is the first of his three Great War Films with the brilliant ‘Lost Patrol’ (1934) starring a gurning Boris Carwash and the slightly rubbish ‘What Price Glory’ (1952) starring James Cagney standing very close to people and shouting at them. ‘Four Sons’ is a bit of a rarity, as it happens, in as much as it’s one of the few survivors of Ford’s early catalogue. The vast majority of his silent era films having either turned to dust or exploded in flames. 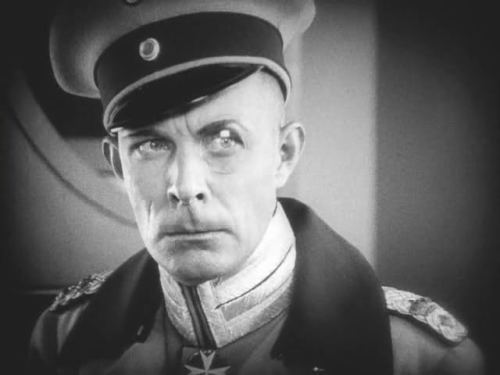 And yes, within the first few minutes of my initial viewing I have witnessed all my usual bugbears with silent films. There’s a German postman with a curly wurly moustache and a belly made of jelly, there’s a bastard German General with a monocle and facial scar and there’s slapstick humour, people falling over and getting a shock after sitting on a pickelhaube. On the plus side there are early hints of class from Director Ford. There’s a reverse tracking shot where the camera is attached to a slow moving train as it pulls into a station. The actors move freely to the left, right and below the camera, it’s subtle but effective.

The film opens with the set up. It’s before the war, everything is peaches and cream in a small Bavarian village. Yes, this is another in an elite group of Hollywood films told from the German perspective. We see the elderly mother of the eponymous four sons as she puts away their freshly laundered undies. We cut to a quick snapshot of the sons lives and characters. One is an army boy, another is happy go lucky and carefree, the third is a hard worker and the last is a shepherd, pastoral and rustic. From here, one of the sons goes to the US to follow his dreams, war breaks out and it’s only a matter of time before they start dying. 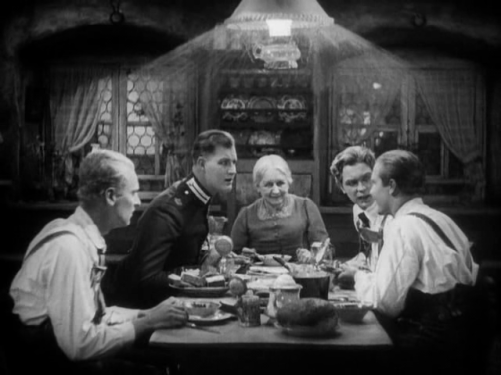 There are early hints of Ford’s ability to turn the scenery into a character. The village changes a little, is it the lighting? The people? Whereas in the opening scenes it’s pleasant, warm and open, as the war rears its ugly head there is a change in the air and suddenly there’s a hint of darkened alleyways and sadness. The postman is not the beloved bringer of happy family news he once was, now people steal a moments relief when he confirms the letter he holds from the Kaiser (informing the recipient of the death of a loved one) isn’t for them.

I noticed a few things I’ve seen before in other films. The New York scenes looked very similar to the city scenes in FW Murnau’s ‘Sunshine: A Song of Two Humans’, (as it turns out I was right, Ford used Murnau’s recently vacated set) the fleeting battle scene is shot on a tiny set with wispy tendrils of dry ice all over the place exactly like the slightly rubbish battle scene in Ford’s film, from 25 odd years in the future, ‘What Price Glory’. And there’s a total rip off ‘Camera strapped to a swing’ shot which has been stolen wholesale from ‘Wings’ (1927). The shot in Wings is much better.

The 90 odd minutes length means that the film chugs along at a fair old lick. The initial pre-war scenes quickly move on to 1916 America with the tide of popular opinion turning in the Allies favour. Then the Yanks are there in France and then it’s all over. The last twenty or so minutes take place on the cold hard streets of Murnau’s post war New York. There’s not enough time to get to know the boys in any great detail but I suppose the central star is the mother.

If I’d forgotten this was a Great War Film the final half an hour or so acts as a reminder. It’s where all the grim stuff happens. One brother dies in the arms of another, the Bastard General is handed a pistol by some of his soldiers and he is politely asked to kill himself. And then it suddenly turns into an historical document detailing the ins and outs of American immigration policy. This bit sticks out like a sore thumb but seeing as the book which the film is based on focusses on the Mother, and is actually called ‘Grandmother Bernle Learns Her Letters’ (a reference to immigrants having to learn the alphabet in English in order to get through Ellis Island) I think it was fair that it’s been left in. 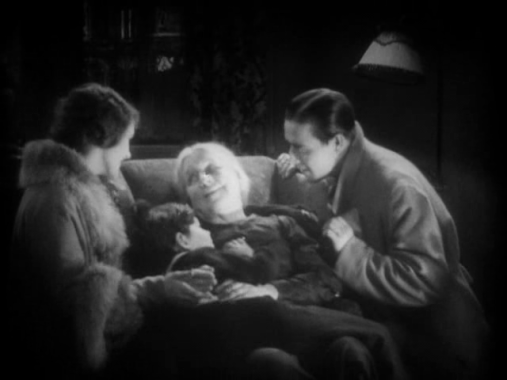 So overall, I liked it. The length probably does it a few favours what with my short attention span. But even though it’s a silent film, with all the usual accoutrements, appendages and baggage they drag around, at its heart it’s a simple story, well told. You can see some of the future class of John Ford on display at it’s a shame there’s not more of his early stuff kicking around in some dusty corner of a private collection somewhere, waiting for a chance to explode. Oh and somewhere in there’s an un-credited John Wayne playing a German Officer. $20 if you can find him!

I’ll give it a partial recommendation I suppose. If you have some spare time and can find a copy it’s worth a go, but I wouldn’t go out of my way or pay a lot of money for the experience.