I hope you don’t all think I spend my life only watching films about the Great War. I do have a full and rewarding life away from movies and these Great War Films are just a small part of me. In film terms I also have a current addiction to pre-ish/post-ish WW2 era Japanese films. Early Kurosawa, Yasujiro Ozu and Mikio Naruse. As well as 70’s-ish Gritty New Yorkey cop films like Serpico, The Taking of Pelham 123 and Dog Day Afternoon. This is a bit of a moving target for me and next week it’ll be Anime or Erwin Allen disaster movies or something.

I’m also working my way through the films of Michael Powell and Emeric Pressburger. Collectively known as ‘The Archers’ Powell and Pressburger were a collaborative film making machine with each taking equal billing even though their roles within the overall production were very much different. Michael Powell covered the Directing and took a lead on the editing while Emeric Pressburger would be more at home coming up with the original stories and dealing with the fund-raising/arse-kissing needed for producing. They wrote the script together and shared the credit as dual writers/producers/directors. I’ve met them before in a Great War Film sense having reviewed ‘The Life and Death of Colonel Blimp’ (1943) which bore all the usual signs of their oeuvre. Quirky camera work, ingenious use of editing/visual effects, imaginative storytelling and a strange kind of indescribable Englishness.

My film today is not an Archers production but you do see firstly Emeric Pressburger (as Screenwriter) and then Michael Powell (as Director) in the opening credits. As such this can be considered as Proto-Archers. While the money has been drummed up by Producer Alexander Korda the guts of it is a book to movie transfer script from Pressburger with Powell sitting in the chair and shouting at the actors. And it kind of shows. There are hints of what was to come with Pressburger seemingly happy to poke fun at the concept of empire and the British obsession with nationalist/commonwealth pride while Powell seems already very much at home in the big chair.

The film itself is a spy film and, yes I admit it, I usually struggle with these. They’re too twisty turny. I forget who’s a goody and who’s a baddy. Something important will happen when I drop my guard for a split second and look at my phone, Some nuance of story, a single word dropped in the wrong place that alerts the avid watcher to some truth or motive is usually totally lost on me for some reason. Basically I have a very short attention span. 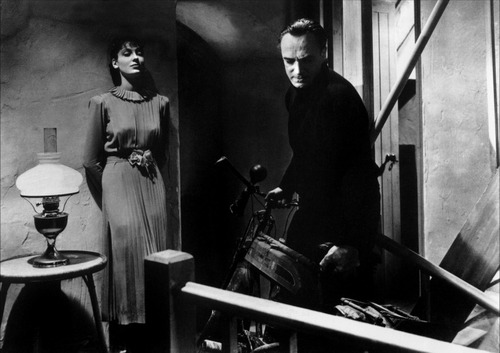 So it is with some pleasure that I can note that this film is only 78 minutes long. It also doesn’t have many twisty turny bits and only a couple of moments where I couldn’t easily determine who the goodies were. That doesn’t mean this isn’t a good film though and for its age it holds up quite well. There’s a good spy film twist which I wasn’t expecting near the end and which I won’t ruin it for you should you choose to check it out. It stars Conrad Veidt who played ‘The Somnambulist’ in ‘The Cabinet of Dr Caligari’ (1920) (which is amazing by the way, you should watch that if you haven’t already) and Valerie Hobson as well as the nice guy husband Fred from ‘Brief Encounter’ playing a vicar with low EQ and future Archers stalwart Marius Goring.

There are occasional moments where the quality seems to go out of the window though such as when the rear projected image in a driving scene looped round and jumped to a different location mid-scene, surely someone noticed that at the time. Also the Germans speak with very plummy British accents except for one who haz ze mose ridicooluz fake Jerman akzent eeeeevah.

For the most part though this is a decent enough film. It’ll never be considered a classic but also isn’t the worst example of the genre. Probably the only reason this film is remembered today is because it’s the touchstone for the collaboration between Powell and Pressburger. Within a year they’d have ‘Contraband’ in the can (starring both Conrad Veidt and Valerie Hobson in a spy film again!) and with ‘49th Parallel’ (1940), ‘One of Our Aircraft is Missing’ (1941) and ‘The Life and Death of Colonel Blimp’ (1943) just around the corner.

But it does deserve some plaudits for itself. The length is about right, the story clips along at a fair pace, the acting is good with some real pedigree in Veidt showing through. It doesn’t take itself particularly seriously and the twisty bit was unexpected and made the screenplay pop from good to great. Overall it’s a success and worth a watch if you have a spare 78 minutes. And some advice from me, check out ‘Black Narcissus’ and ‘The Red Shoes’ for the full Powell and Pressburger experience.

to own this little gem.