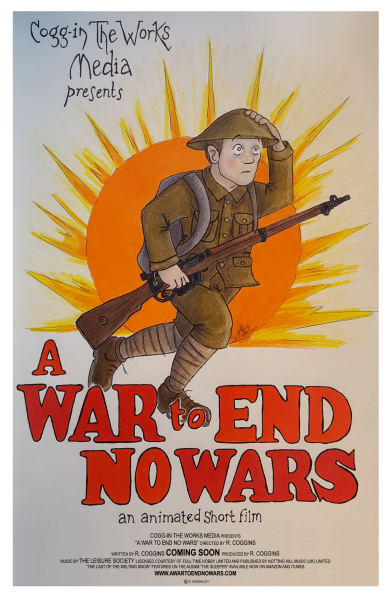 This journey of mine through the history of Great War Films has also been an odyssey through the history of cinema itself. From early silents produced while the war was still raging, rich with emotion and sentiment through the propaganda laden films of the late thirties and early forties and on through trend after stylistic trend. The style of cinema has twisted and turned as the world and its’ inhabitants did likewise. Through world changing events such as wars, political upheaval and changing social attitudes, the Great War Films that I’ve seen and reviewed here have followed those trends as much as any other genre. The latest trend I can feel gathering momentum is a groundswell of high quality home productions.

The democratisation of cinema is growing strength as I type. Over the last year or two I have become aware of several small to medium scale projects being led and funded by individuals who just a few short years ago would’ve been unable to get their projects off the ground. ‘Alistair1918’ I’m looking at you as an example of this. Another great example of this shift of production out of the studio and into the home is my film today. 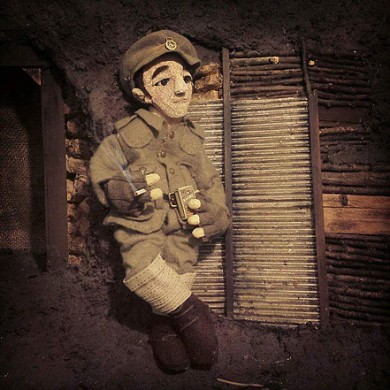 A War to End No Wars (2017) is a stop-motion animated short lovingly crafted in a spare room over the past eight years. It stars the hero ‘Tommy’ as he sits down for a smoke, reads a letter from the love of his life back home (probably for the umpteenth time) and peers over the parapet and out into the wide open space beyond. I don’t quite have the words to describe its’ beauty, simplicity and charm other than to say it’s just lovely.

Having read through the blog here https://www.awartoendnowars.com which describes the artistic processes, I am agog at the time and effort than has gone into painstakingly fabricating each and every element on screen. The effort, for example, that has been spent re-creating a Commonwealth War Graves Commission cemetery is amazing. The Cross of Sacrifice is something I am always drawn to and have photographed on my visits to cemeteries. To see the effort that has gone into creating one here for the final scene of the film is stunning. 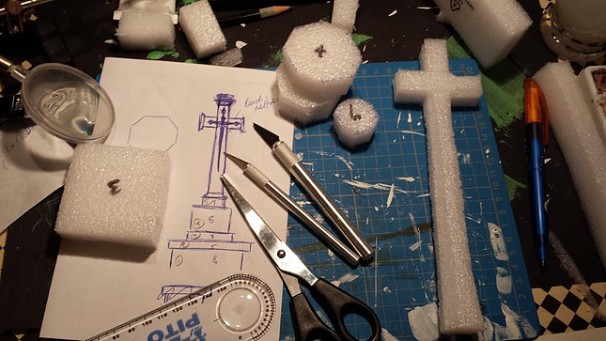 I sat down with my three year old to show her the film, interested in what she would take from it. She watched in silence and at the end she asked me about Tommy’s girl back home, Eve. Did she know where Tommy was? Could she visit him? Would they see each other again? The simplicity of the questions echoed a type of yearning most likely felt by those left at home while their loved ones huddled precariously at the front. She looked sad as I explained the distances and hurdles in the way of them being in each other’s company.

As I’ve said before when reviewing smaller scale productions, the important thing for me with films (or music, or people or life really) is that if something is being created, that it’s, first and foremost, being done for the love of the creative process and that the heart of the project shines through. It is clear to me that this has been achieved here and it should be applauded. It is a beautiful, fully formed, little moment in time. A few short snapshots of a part of a life. Lovingly put together for the screen and for people to engage with, soak up and think about. 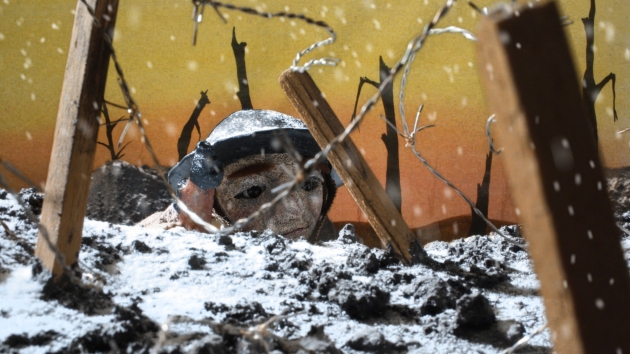 The person behind it all, Ruth, sent me a nice message when I got in contact to see if she’d allow me an early viewing for the blog. She almost apologised for being a one man band and pointed out it wasn’t perfect, that there were inaccuracies and it lacked professional polish. Honestly Ruth (assuming you read this at some point) these are exactly the reasons why it’s so good. The idiosyncrasies of the model making, the way you’ve crafted Tommy’s body and movements and the way the film has been shot are all loaded with charm. The music from The Leisure Society helps too and is well chosen in terms of pace and feel. The whole thing when put together just simply works. It’s a gem.

If this gushing, glowing reference of a review has not been enough to make you click on this here link https://www.awartoendnowars.com and go watch ‘A War to End No Wars’ then I suppose I may have to result to begging, imploring, goading, dragging or pushing you towards it. You simply must set aside five minutes of your life to see this little beaut. I’m sure you won’t regret it.