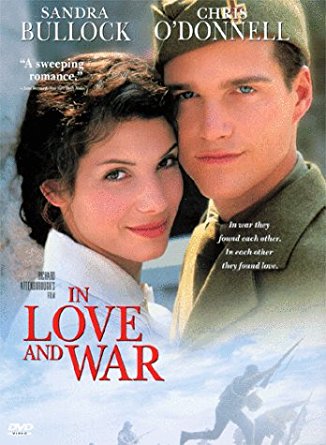 I’ve been here before. That déjà vu feeling when you recognise something but you can’t quite put your finger on it. When a word or a sense, a place, an emotion take you back to somewhere just out of reach of your memoratic synapses. We’ve all been there and as I press stop on my DVD choice for today I wish this was déjà vu. But the problem is I CAN put my finger on this particular memory because I’ve seen this story before. Actually I’ve seen it twice before and I didn’t particularly enjoy the experience on either occasion. Was it better this time? Read on.

Todays’ movie is my third venture into the early life of Ernest Hemingway. First time round it was all about Gary Cooper and Helen Hayes in a pre-code snoozer. The film was knocked out three short years after the release of Ernest Hemingways’ barely disguised autobiography of his war years and his love affair with a Red Cross nurse. The film was dull and lacked emotion for a love story. Second time around it was 1957 and the same story was told with a studio chucking a shitload of money at it. It still floundered because it wasn’t very good. Producer David O Selznick got his Mrs cast as the female lead and chucked everything he had at it and then never made a film again when it bombed at the box office. 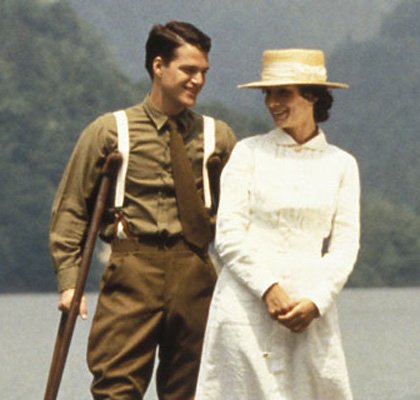 This time it’s 1996 and we have dear old Dickie Attenborough at the helm. The big difference between this film and the other two is that this is the ‘True’ story of the love affair. The others drew from the source Hemingway fictional narrative whereas the story here comes from a book written by Hemingways’ wartime buddy Henry Serrano Villard. On the face of it then this story should discard with the thin veneer of fiction that your mate Ernesto’s storytelling has painted over the real life events.

I’ve bumped into Dickie Attenborough before on this trip through the history of Great War Films. He directed an all-star list of the best and brightest in ‘Oh! What a Lovely War’ (1969). That was early on in his directorial career and, for all its’ faults, it had some life to it and was a creative piece of work that stood out from the crowd. Directors, like the rest of us, mellow with age and Dickies’ 1996 film stands in stark contrast to his early works. From the outset ‘In Love and War’ is all a bit paint by numbers. It looks okay, the acting is okay, the story is okay. Nothing stands out, nothing is new or exciting.

The star turns are Sandra Bullock and Chris O’Donnell and they were both on the up and up in the earlyish stages of their careers when they were cast in these roles. They were both due a fall in the coming 12 months. Sandra had starred in Speed a couple of years before and was due to drop Speed 2: Cruise Control on the world a short while later. Chris was straight in off the back of Batman Forever (good) and about a year away from giving us Batman and Robin (very bad). They both do an okay job here although if I was trying to be negative I would say that they both have the same vanilla ‘Girl/Boy Next Door’ charm which means neither of them stand out.

Another major failing for me is the age gap. Hemingway is written here as a boy and the nursey character calls him such throughout the film. Likewise Bullock’s nurse is meant to be the older lady, slightly on the turn and with her ovaries withering to dust by the day. In reality the characters are being portrayed by late 20/early 30 somethings and as a result the conceit doesn’t play true. Seeing as this is at the core of the story and is a large part of the tension in the romance I think the casting directors should’ve been given a punch in the guts and sent to the corner to think about what they’d done. 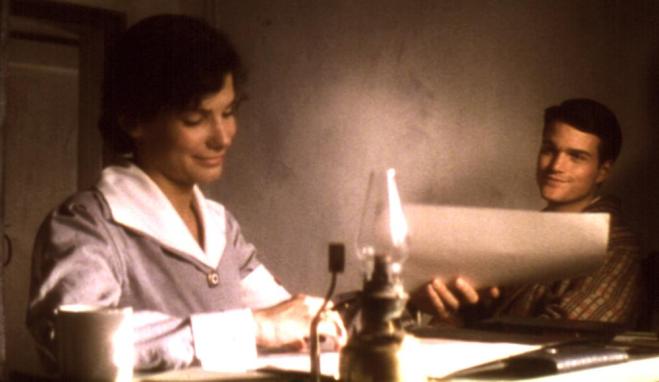 From a Great War Film perspective there’s a bit of a battle towards the beginning before the love stuff gets in the way. It’s well done and with the requisite amount of gore and destruction for the films PG rating. There’s some heart strings stuff with some victims of severe injuries struggling to come to terms with things. And of course, it’s not a proper old fashioned Great War Film without a love triangle for the discerning audience to not give a toss about.

I shan’t ruin the end for you but, suffice to say, like the rest of the film it’s ‘Okay’. There are emotions on show, the orchestra goes into a proper frenzy to elicit something, anything emotional from the audience and then it’s all over and we get a quick couple of lines to explain what happened to these people during the remaining 70 odd years of their lives. And then it’s all over and I’m left to wonder if I switched off during the good bit. 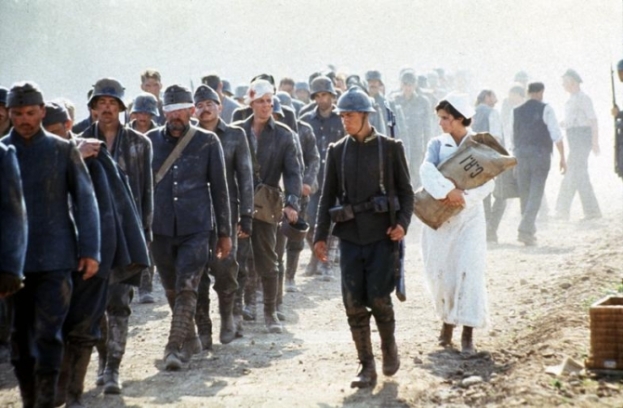 So what do I think of it? Well, I don’t want to hate on it too much but it’s just a bit ordinary. Nothing really happens and what does happen is a bit wishy washy, pastel and watered down. It’s a nil all draw, a low alcohol beer, a rained out day at Lords, a lettuce sandwich made with thinly sliced white bread. It’s a man named Brian Nolan who worked his whole life stacking shelves, a brown satchel half filled with last weeks’ newspapers. Get it? That’s all I got. Next time I want something fun. F U N.